Some Are Born Birds, And Others Have Birds Thrust Upon Them 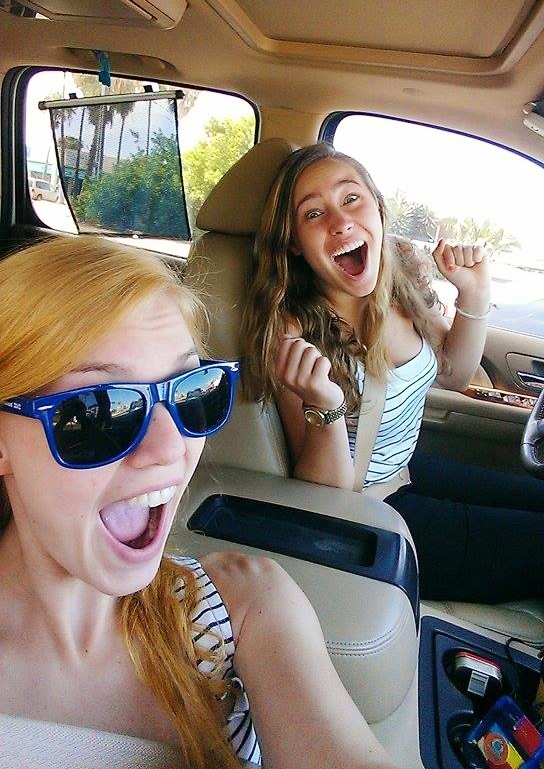 We were out on the town. Without parents.

Even during the day it was a big deal. The two of us strutted down the main boulevard… well, the only boulevard… of South Padre Island with pride.

We felt so old.

How did we get to be fifteen? It all seemed to go so fast.

Jacqueline, my best friend since 3rd grade, twirled her skirt a little and gave me one of those smiles of brilliant accomplishment, showing anticipation for our little adventure. We were both basking in our glorious new-found maturity. After all, we were the oldest we had ever been, and it was a time to celebrate by buying plastic knick-knacks with our own money.

What the- I jumped. Gasped. And I was about to growl, when I stopped myself.

My face went to mush.

The kind of honk saluting our physical appearance and stature.

This had never happened to me before.

I suppressed a smile and stood a little straighter.

Sure, back at home, I had the man with leathery, spotted skin and knotted gray hair give me the wink from the corner store. At the time, I was so confused I just gawked as he pushed his shopping cart of Indian blankets and banging cups along.

At the boulevard, I didn’t know how to respond either.

I jerked my head left, then right, searching for the man who honked. Preening, blushing, I still couldn’t believe I was old enough to be honked at!

This was such an exciting time.

Our not-so-secret admirer rolled up to us in a dented maroon sedan from the 90s. He had a pasty, smirking face and a red, stubbly shadow on his cheeks. He looked almost thirty.

I frowned. This man fell short of my dreams.

Before he pulled even with us on the sidewalk, he was smiling. I just stared, not knowing the proper etiquette for this situation.

He continued to look back.

Now, I was uncomfortable, because I had clearly received the compliment… or whatever it was.

I just wanted to take the honk, wave a thank you, and have him leave.

Sort of like when you get a free sample at one of those jumbo stores. You don’t really want to talk to the hair-netted seventy-year-old woman in the freezer aisle about why this dinosaur chicken nugget is better for you than the other dinosaur chicken nuggets. You only went over there because you were cold and hungry, not chatty. Thank you and goodbye.

Actually, it was exactly like the free sample section.

So, I just stared sheepishly at our admirer.

His beat up car reached us. Then, suddenly, his smile twisted into something ugly. His eyes shot daggers. He shouted something similar to “fudge you” but… not with the sweet delight you might be thinking.

His old exhaust pipe coughed a billow of smoke as he sped off.

I was flabbergasted. First this mysterious man weirdly flatters me, and now he insults me! I was irate.

I glanced at Jacqueline.

She seemed unnerved, and continued to sashay a little with her skirt in hand, watching her feet.

That’s what I loved about her. Jacqueline knows only a scum ball would feel like honking at young girls, so why waste time thinking about him? She was a dancer – tough as hell, smart and determined to never take garbage from anyone. And she didn’t.

So, I decided to take a note from Jacqueline, and let this loser go.

Just as I was about to suggest a store nearby to saunter into, I heard another honk.

I gasped. Two honks in one day?!

My mind slid into a giddy confusion. (Similar to the ditzy ‘I’m-happy-but-I-don’t-know-why’ feeling all women – and men – occasionally have.)

Then, a petrifying thought… maybe…. I twisted my head to make sure my shorts hadn’t creeped up.

Thank God. Everything was in place.

I lifted my eyes a little. Wanted to check out our second, not-so-exciting Honker. Jacqueline and I had been honked at before, so this guy was not a big deal to us women. Special? Sure. But we don’t need a thousand pictures this time around to remember the moment.

Honker number two drove a glossy, black SUV. Brand New. He was younger. A Hispanic man who gazed at us with a smirk.

First – I frowned. Once again disappointed that a twenty-something surfer/celebrity hadn’t appeared to be my prince.

Second – Honker number two suddenly became very angry. His car slowed, and his face reddened. He yelled something in Spanish, then hit the accelerator and zoomed away.

I jerked my head forward and stared straight ahead.

I replayed the events in my mind a few times before coming to one definite conclusion…I didn’t understand men.

I glanced at Jacqueline, and asked, “Did you hear those guys honk at us?”

“Yeah.” She rolled her eyes, then locked them with mine. Paused. Then wrinkled her nose.

“I flipped them the bird.” 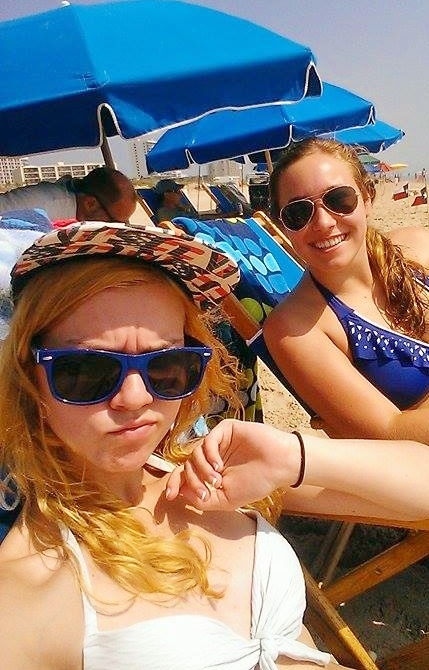 The Best Cauliflower Casserole Ever

What Happens When Mom Goes To War…

What I Do When No One’s Looking

Killing Family The Best Game Ever!

Hmm fifteen and flipping the bird at people you don’t know, not a really intelligent thing to do ….. Watch the news, there’s been a news clip on the last few days about the Texas cop who pulled his gun on a bunch of 14 yr. olds having a birthday party, the birthday girl ended in cuffs. Remember people are packing, so flipping the bird at them wasn’t wise, you just never know how people will react.

Yes, I know you’re right but I have a hard time telling the girls they must put up with jerks who hoot and hollar at them… Wouldn’t it be nice if people just conducted themselves with grace and style???