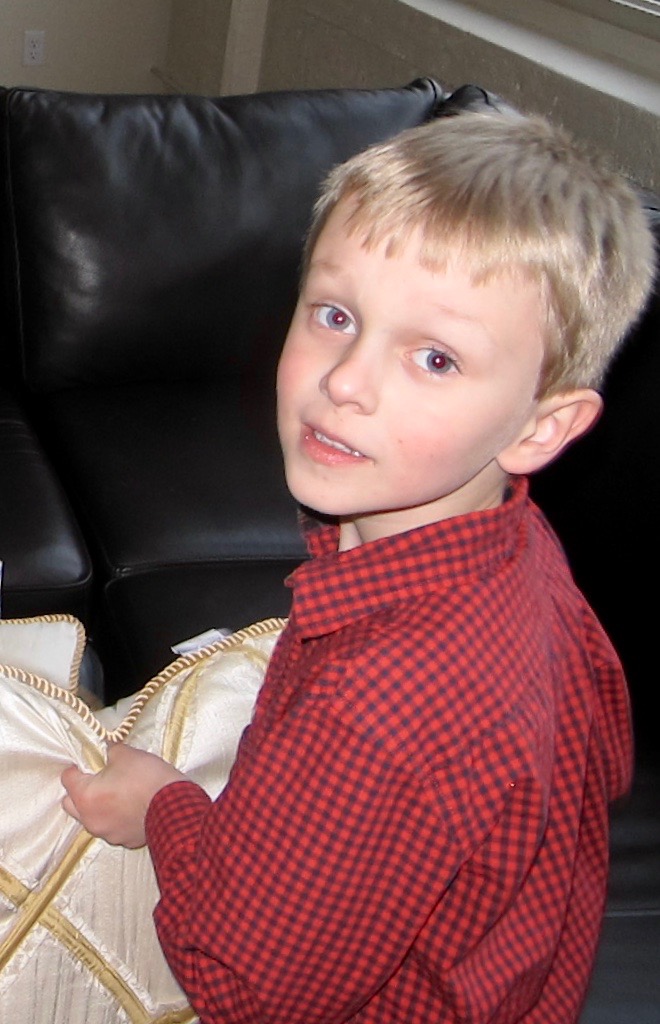 When a Child Says Something Brilliant…

I Call It “The Quote of the Day”

Situation: I’m babysitting Barrett. His parents warned me. They said he had a cold, which Barrett refused to acknowledge because that meant he had to stay home from school, away from his friends, and couldn’t go out and play… So, despite his snotty nose, dry cough and fever, he insisted he was not sick.

Barrett swiped his runny nose and said, “No, it’s not that, Grandma. It’s just that when I sleep the juicy buggers squish and slide down my throat and get stuck where I breath and it makes…” Cough… Cough… Barrett swallowed, made an ‘I’m-in-pain’ face, and then continued. “It hurt when I cough. But I’m not sick.”

I said that because I’m brilliant.

You see, being a ‘grandma’ makes you brilliant. When I had children and they got a cold, I would make them drink lots of liquids and put them to bed. Order them to “go to sleep.” But, now that I am a grandma, I pull out a gallon of ice cream, scoop out a big bowl and let my precious grandson curl up next to me, in my bed, and eat it while he watches his favorite TV show.

Because I know, he’ll fall to sleep… eventually…

In the morning, I make him homemade pancakes and anything else he wants.

And, he’d do what he usually does… Rave on about how I’m the “best grandma ever!”

And, I’ll feel so good I won’t even mind spending the next two weeks in bed nursing the massive cough and snotty nose that I am sure to get…

How To Potty Train A Boy In A Day — Really!