The Best Chicken and Spinach Taquitos Recipe Ever!
(Made With A Twist Toward Healthy) 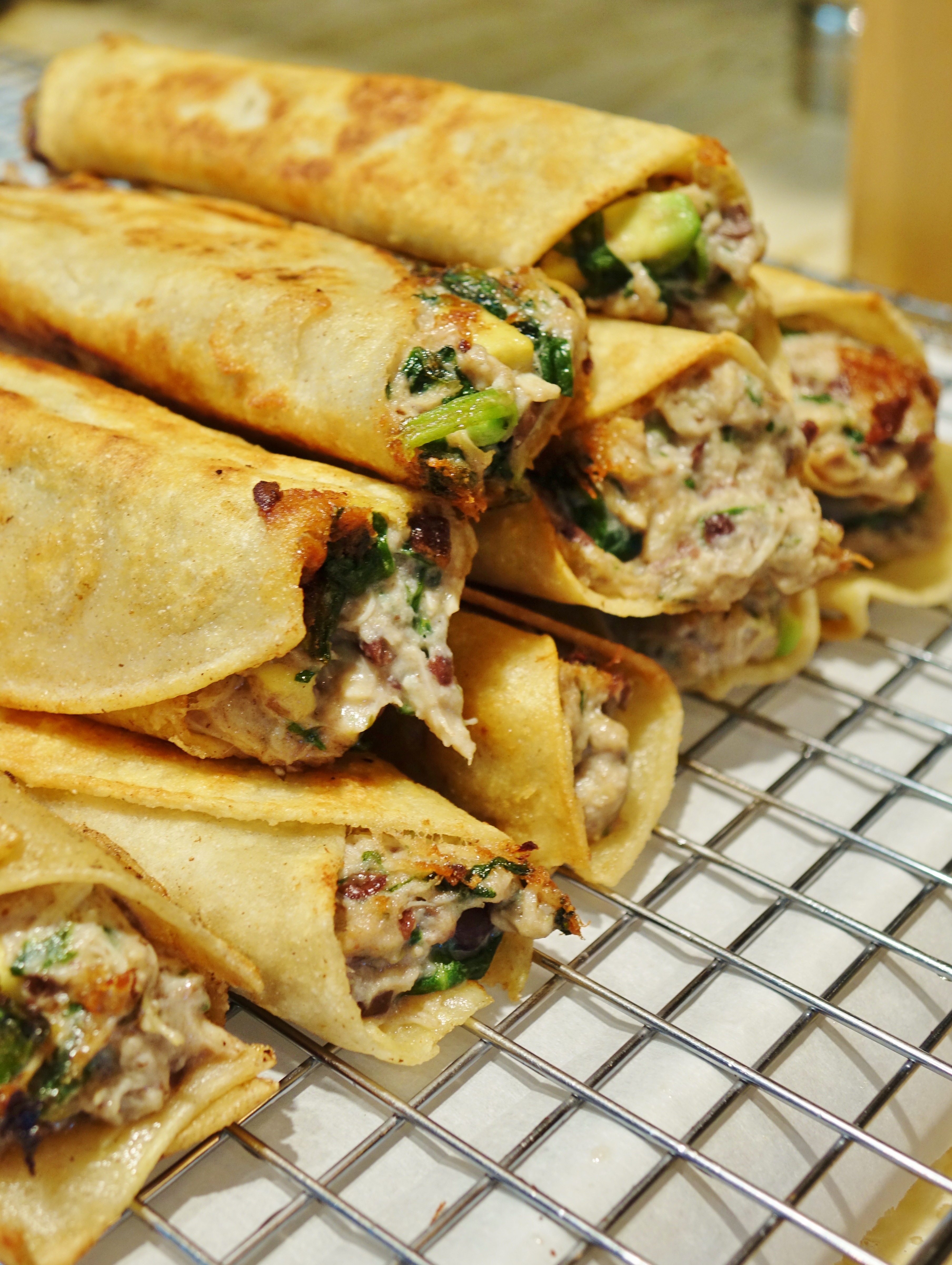 We were so happy with our Beef Taquitos, we couldn’t resist making more!

But this time, we took a healthier twist on this Spanish dish.

One 15 oz. can of black beans, drained and washed

With a fork, shred chicken in a medium mixing bowl. 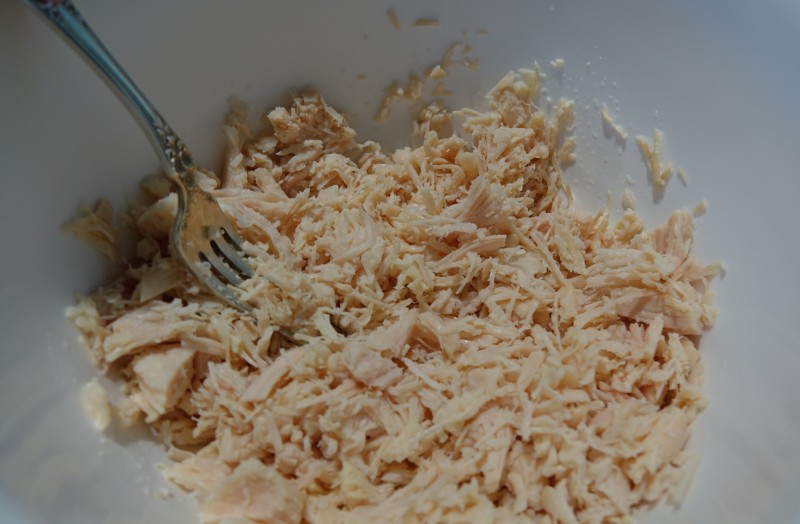 In a separate smaller bowl, mash beans with a potato masher until pasty. Move the bean paste to the bowl with chicken and mash together.

In a skillet, melt a tablespoon of butter until steaming. Add the entire package of spinach to the skillet and cook until leaves are completely dark and wet. 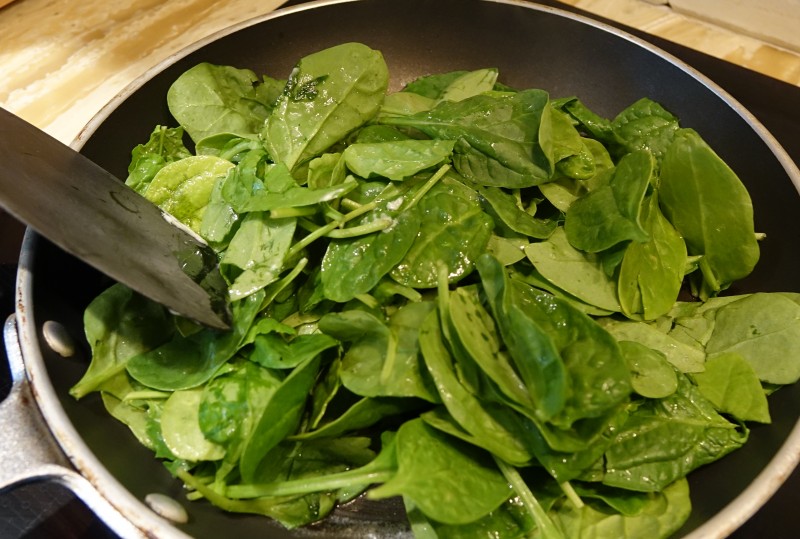 Mix spinach in to the chicken mixture. Stir in cilantro, lemon juice, pepper, jalapeños, and sour cream. Dice avocado into large chunks and mix in. Pour the mixture into a large skillet and turn the burner to low-medium heat.  Mix in the pepper jack until fully melted and distributed evenly throughout.

Wrap tortillas in a damp dish towel, and sandwich the bundle between two plates. Microwave for two minutes.

In another small bowl, beat the egg and set aside.

Work with one tortilla at a time to keep the future tortillas flexible and easy to work with. If they get cold, just reheat them. Taking one tortilla, brush one half with a beaten egg, and… 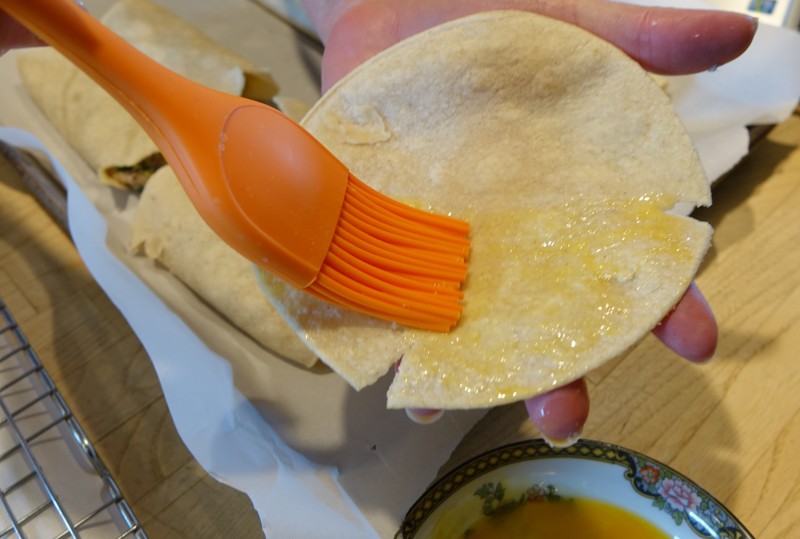 …the other half with 2-3 tablespoons of the chicken mixture.

Roll the tortillas tightly inward from the meat half. Let the taquito rest on top of its seam.

In a clean skillet, heat 2 tbsp vegetable oil until simmering. With tongs, gently place the taquitos- seam-side down- into the skillet to help seal the taquito closed. After about 30 seconds, roll the taquitos to another side. Fry all sides of the taquitos in the oil until golden brown and crispy.

Place each back on the cooling rack once finished. If they drip oil, never fear! That’s what the parchment paper is for. 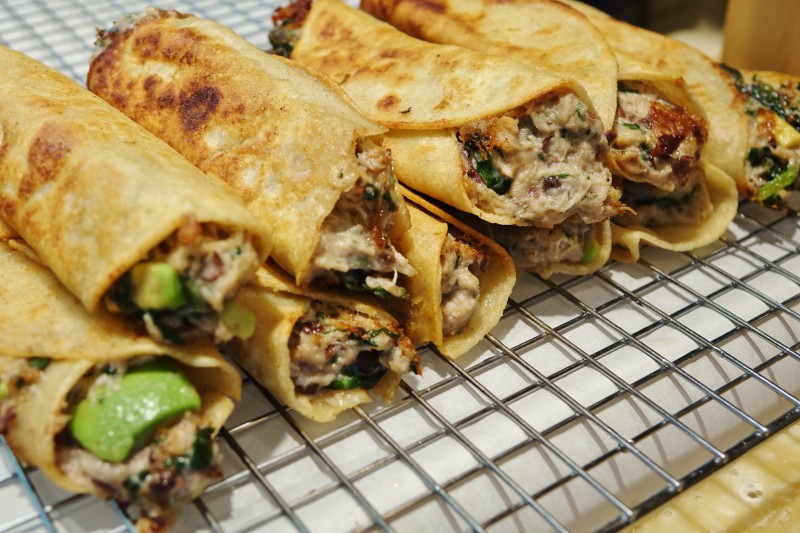