In honor of the people who don’t like red sauce Italian dishes.

Here is the BEST Spinach and Kale Lasagna!!

Spread olive oil and salt in a large skillet on medium-high heat.

Cook the spinach and kale in three batches. 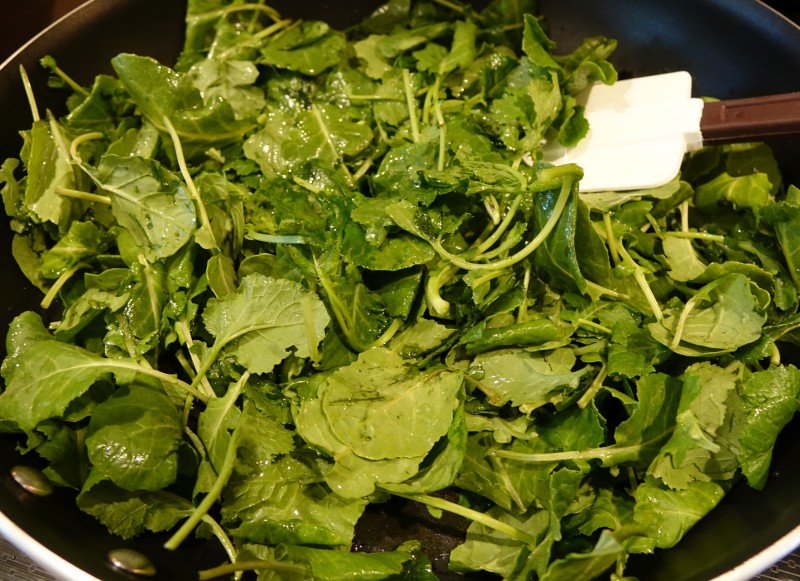 Cook each batch until leaves have wilted. Transfer wilted leaves to a colander, but keep 1 tbsp. of the liquid left over in the skillet. Mix spinach and kale together in colander until combined. Wrap spinach and kale in a dish towel and wring out 1 to 2 cups liquid or until dry.

Chop spinach and kale on a cutting surface and then move leaves to a large mixing bowl.

Empty the spinach skillet, rinse it out, and pat dry. Place on medium heat with butter.

Once butter is melted, add garlic and whisk often for about 4 minutes or until garlic begins to brown. Whisk in flour constantly until combined into a soft paste. Then, whisking frequently, pour in milk. Turn heat to medium-high and bring mixture to boil.

Once boiling, whisk in oregano leaves, nutmeg, salt, and pepper. 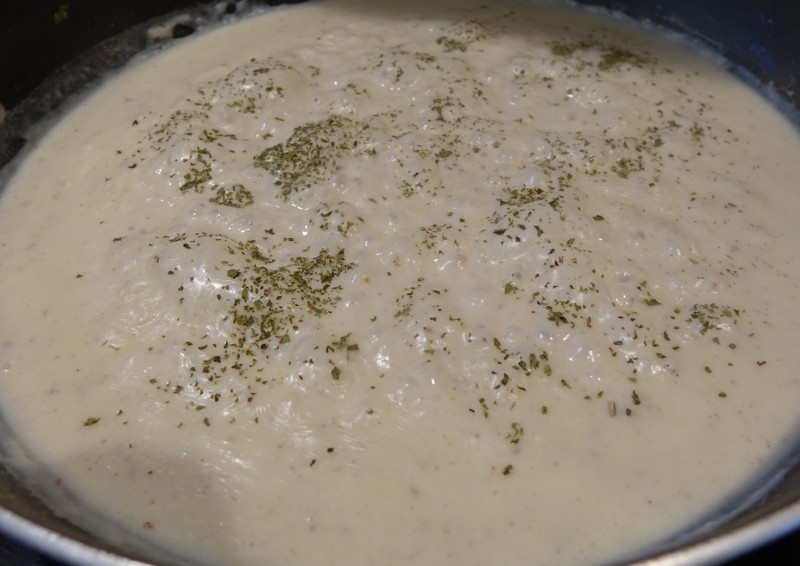 Reduce heat to medium-low and let mix simmer until sauce is significantly reduced, and so thick that a trail forms behind the whisk, about 10 minutes.

Reserve ½ cup of the sauce in a small bowl and cover it with plastic wrap, pressing the wrap directly to the surface and set aside.

Pour remaining sauce into the spinach and kale bowl, and mix until clumps of leaves have broken up and mixture is smooth. Press plastic wrap directly to surface and set aside. 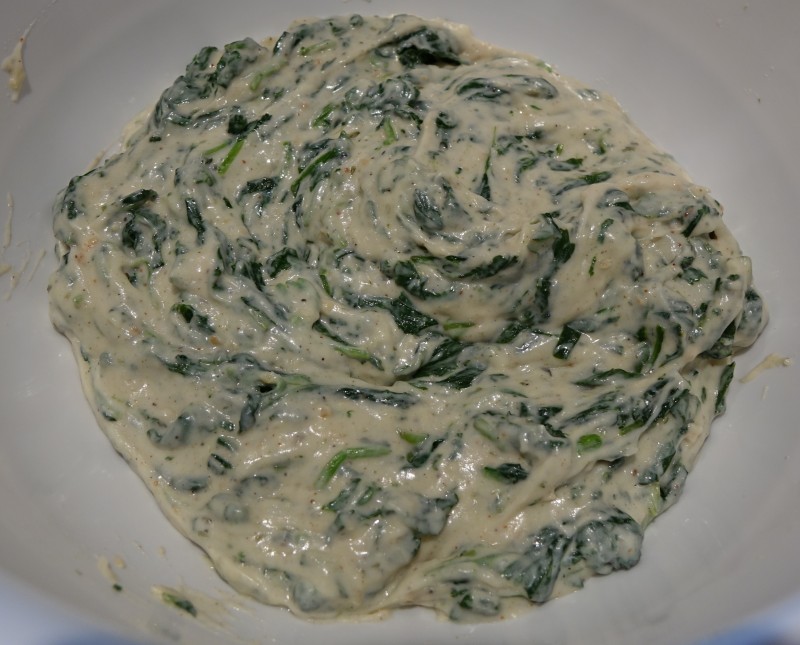 For the Cottage Cheese Filling:

Process cottage cheese, egg, and salt together until smooth, about 30 seconds.

Lay a dish towel out on a clean surface.

Pour 1 to 2 inches of boiling water into a 9×13” pan that is boiler safe. Slip three strips of noodles into pan. Use the tip of a knife to ensure that the sides don’t touch because they will stick. 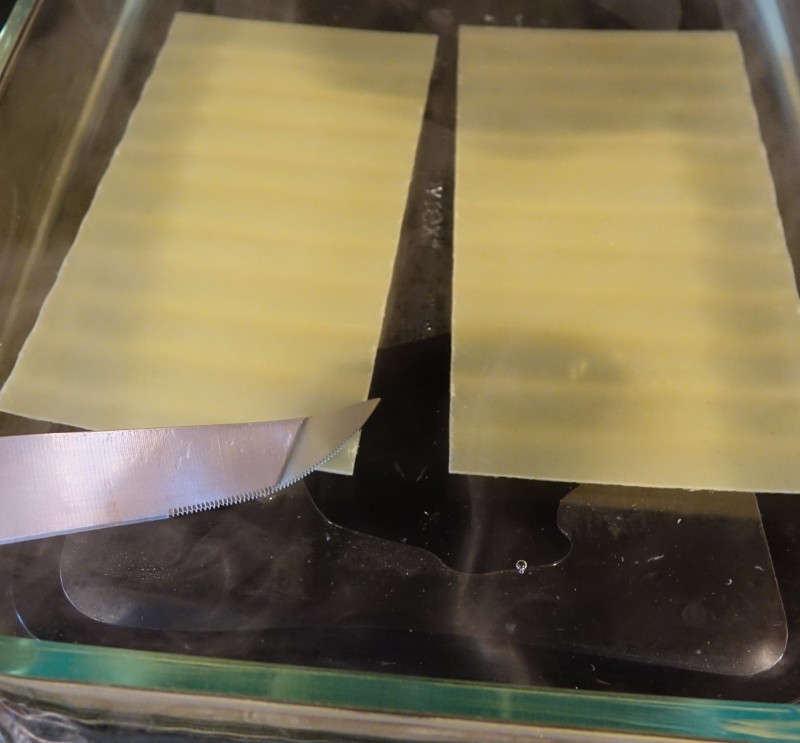 Let cook until pliable. Then, lay noodles on dish towel in one layer so they do not touch.

Repeat until all twelve noodles are laid out on the dish cloth.

Putting it All Together:

Spread ½ cup of reserved sauce over the bottom of greased dish. 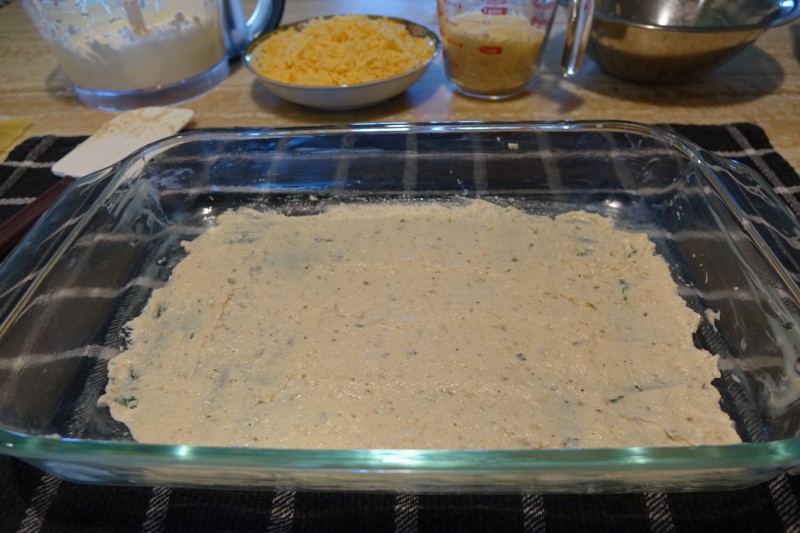 Arrange 3 noodles to cover the sauce in a single layer. 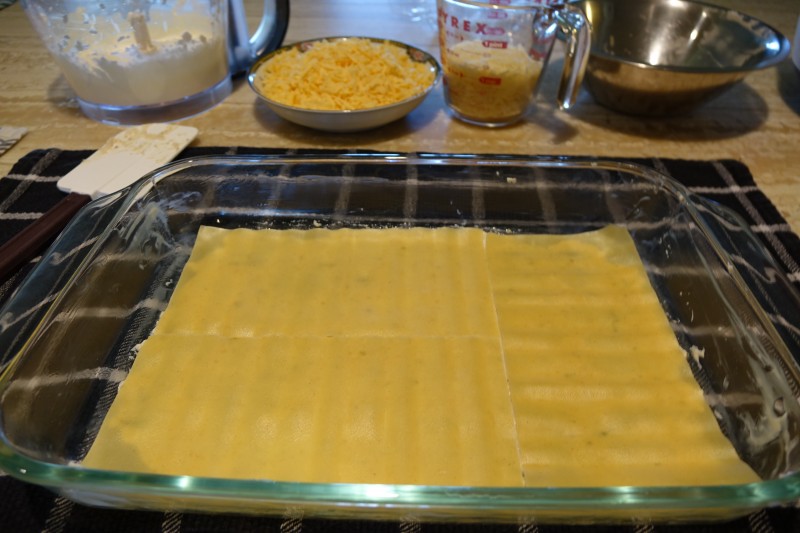 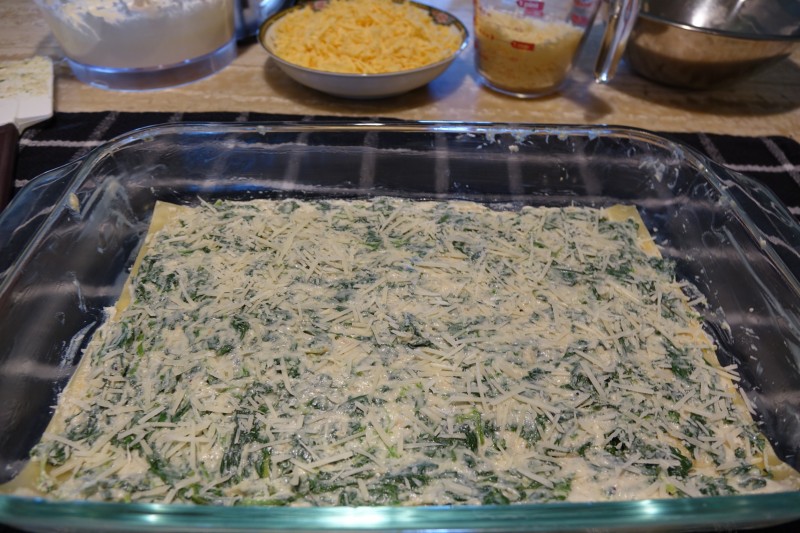 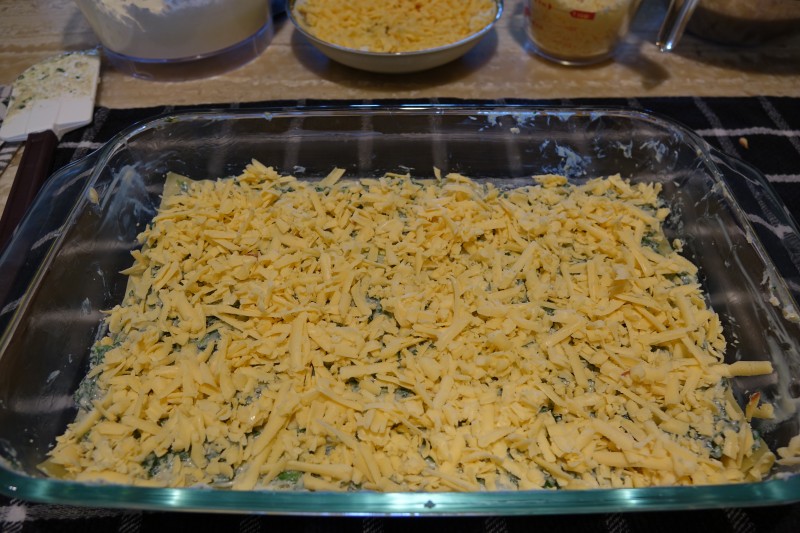 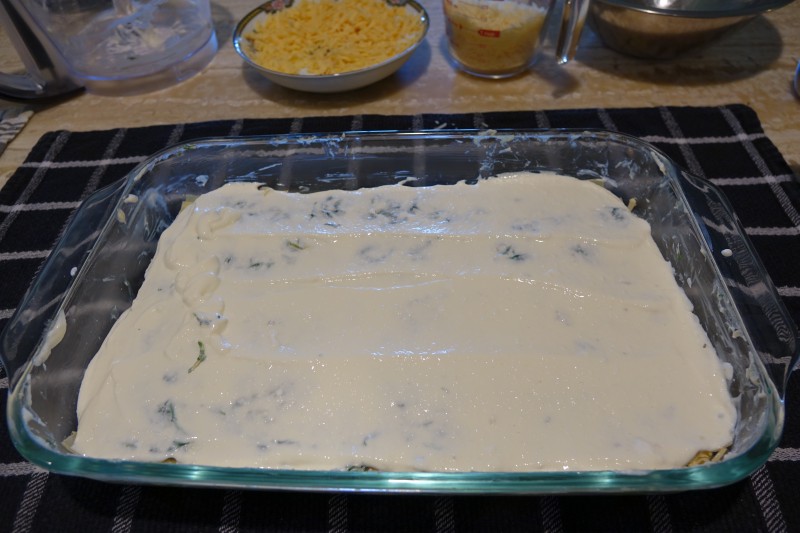 For last layer, place noodles on top and cover with remaining gouda and parmesan. 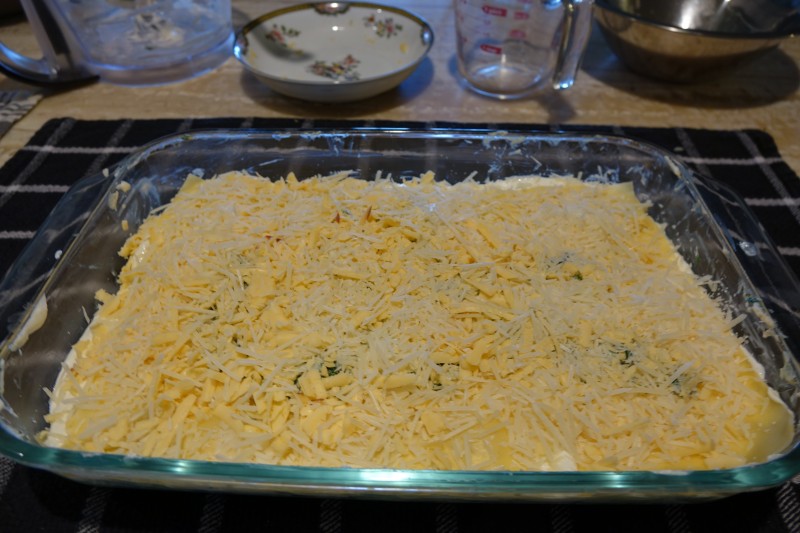 With the dish bubbling in the corners, take it out.

Set oven to broil, and place the lasagna 4 to 6 inches away from the top of the oven. Broil lasagna for 2-3 minutes or until brown spots form on cheese.

Bring butter to a simmer in a medium pan, then pour in the mushroom slices. Cook on medium heat or until mushrooms darken and soften.

Pour the mix over the top of the lasagna.

Leftover Halloween Candy?Delicious Ways To Get Rid Of...