Comes With a StoryThe Ranch

“IT” Happened At The World’s Greatest Rattlesnake Round-Up 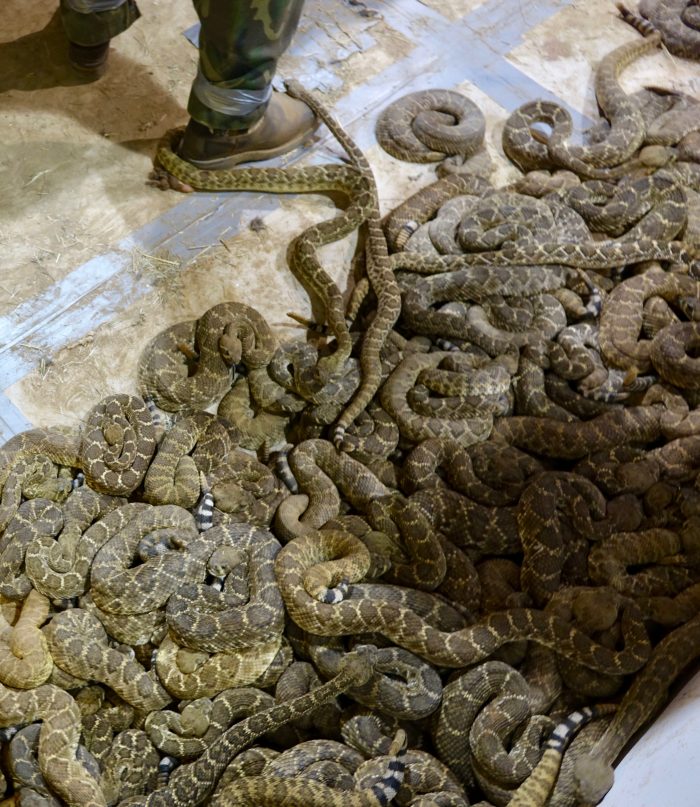 Our old ranch foreman, face twisted up into his ‘how-dumb-can-you-be’ look. “You’ve never been to the World’s Largest Rattlesnake Round Up in Sweetwater Texas?”

“No.” I said, amazed that he and I lived on the same patch of ground, in the same town, in the same state, and yet seemed to have lived totally different lives. He was “Mr.-I’m-a-famous-cowboy.” He roped and branded and strutted a lot. I was married to his boss and did social foo-foo stuff around town. He thought I was a silly, city girl. I thought his callused hands could benefit from a 60-minute manicure. You know, the kind that comes with hot wax. And his feet… Well… That cowboy kept his feet encased in flashy boots, so I’d never seen them but I bet he didn’t get pedicures either.

“Mitzi and I go to Sweetwater every year. Why don’t you and Henry join us? We’ll introduce you around and show you a couple snakes.”

As cowboys go, he sounded sincere but I knew him well enough to be… suspicious.

Either way, that was how Henry and I ended up in the big town of Sweetwater Texas, for their Rattlesnake Round Up.

The first thing you need to know… 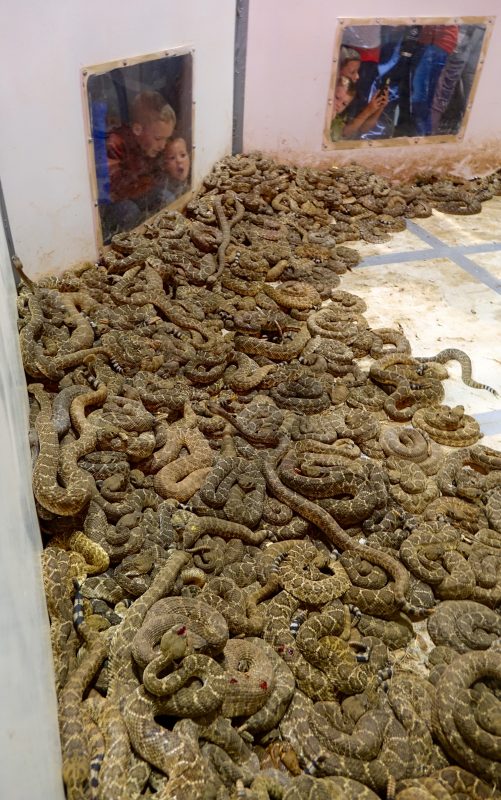 4. They skin them and eat them on site. 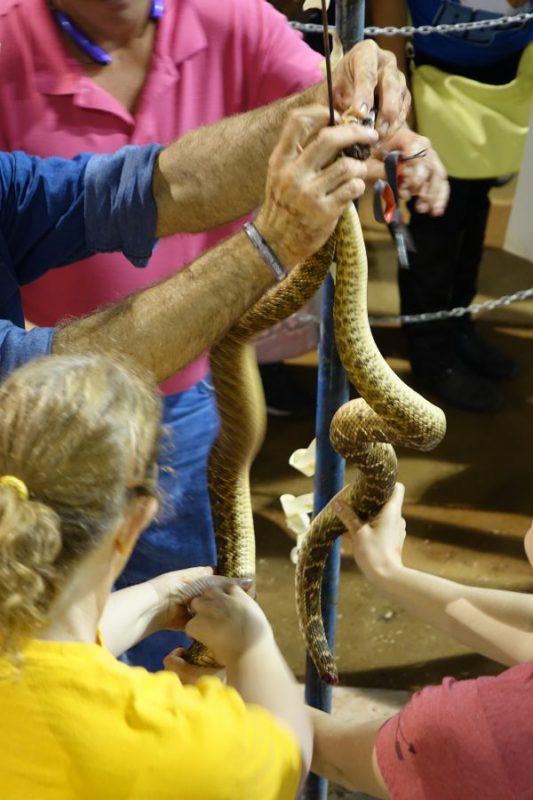 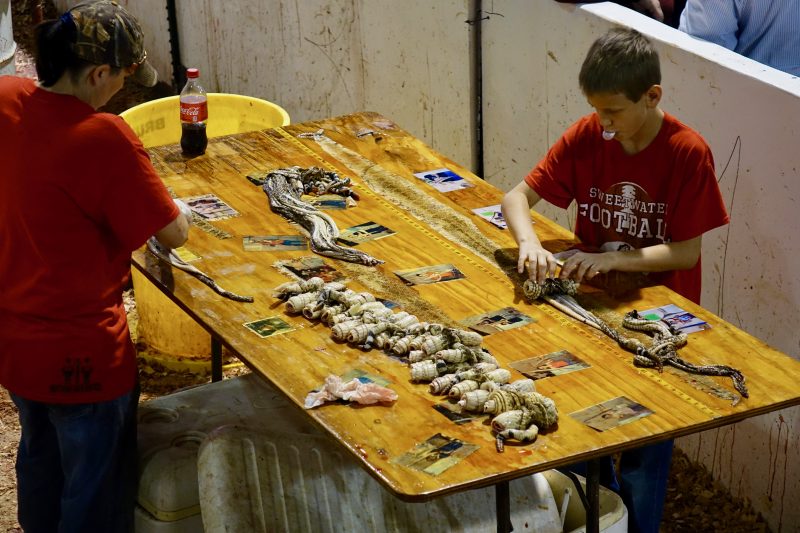 5. The natives are pretty laid back about it all.

6. Tourists are easy to spot. 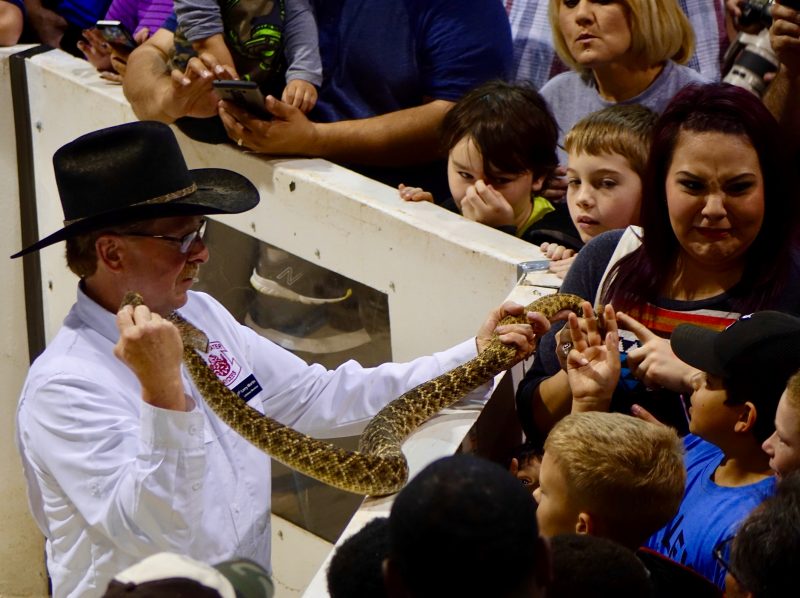 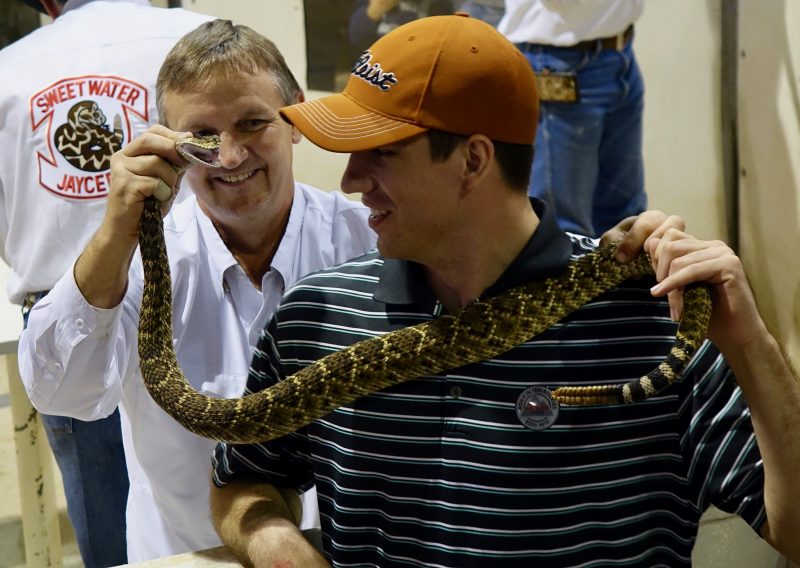 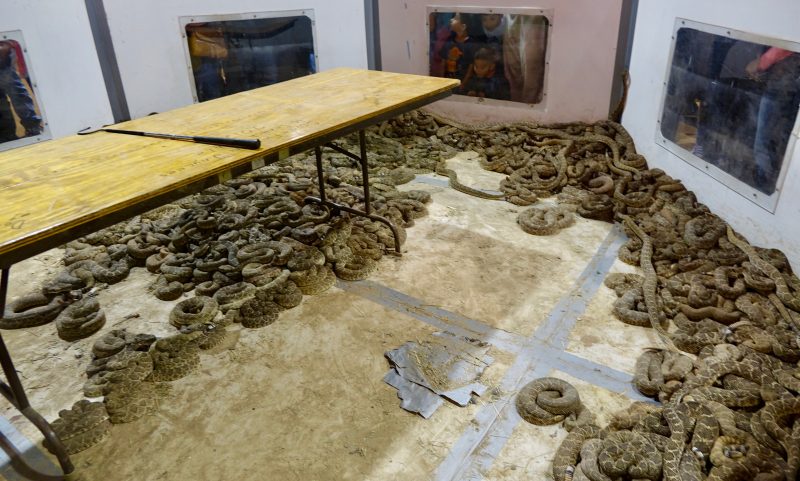 8. Some people like getting really close to the rattlers. 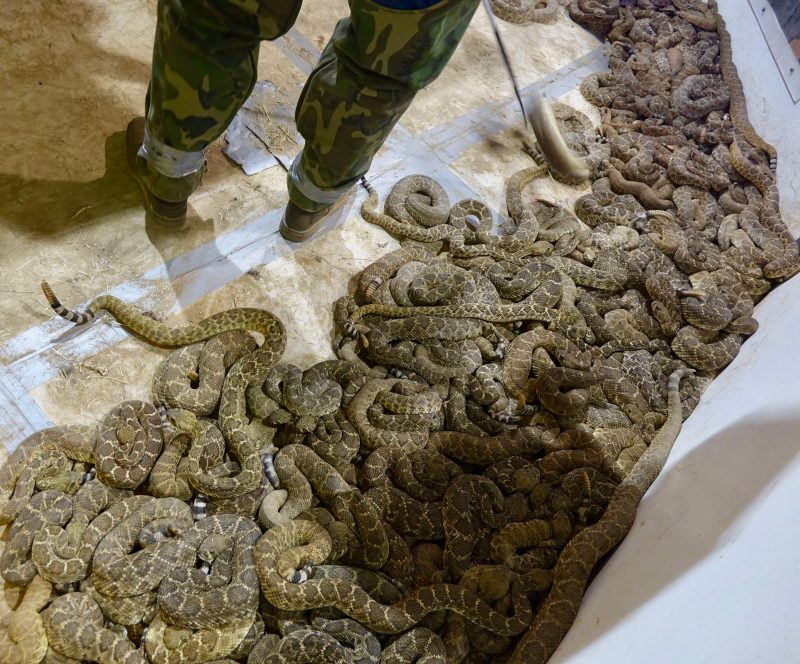 9. That cowboy may think I’m nutty but it was Mitzi would crawled into the snake pit. NOT ME! 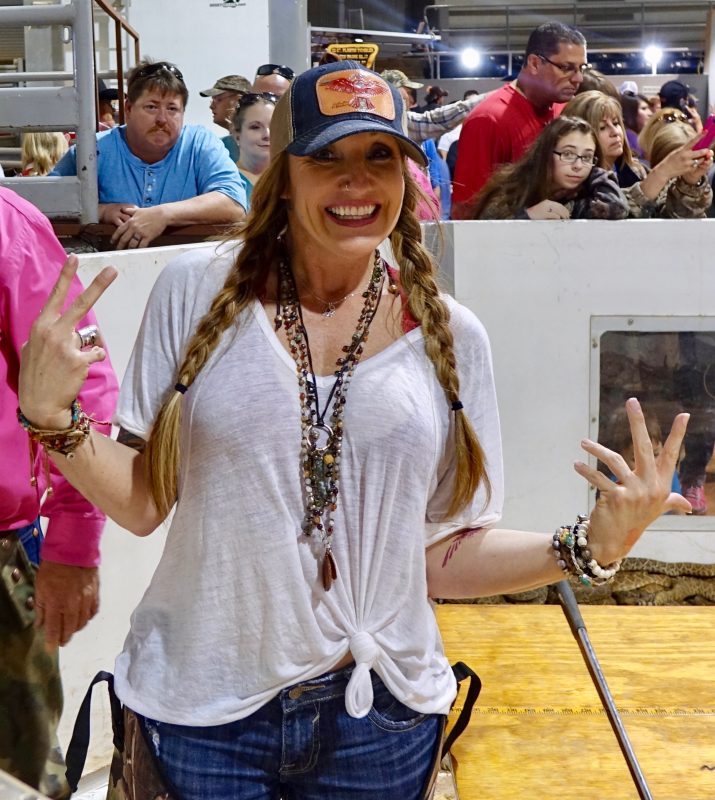 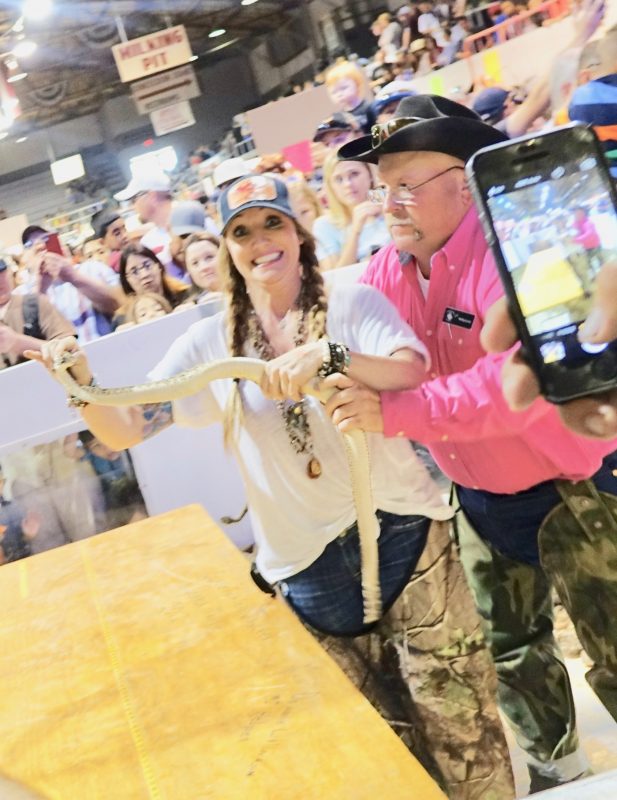 So, maybe that cowboy is the Nutty one.

I don’t have a fear of snakes. I’ve owned several huge pythons in my life. But I’m not sure that I’d be comfortable messing around with venomous ones.

Karen, the Rattlesnake Roundup started on my grandfather’s ranch waaaayyyyy back when. I actually saw him at the last one among all the 50 million people!!! Small world!

That is so cool about your grandfather’s ranch! It’s a very small world!