written by The Internet December 7, 2022 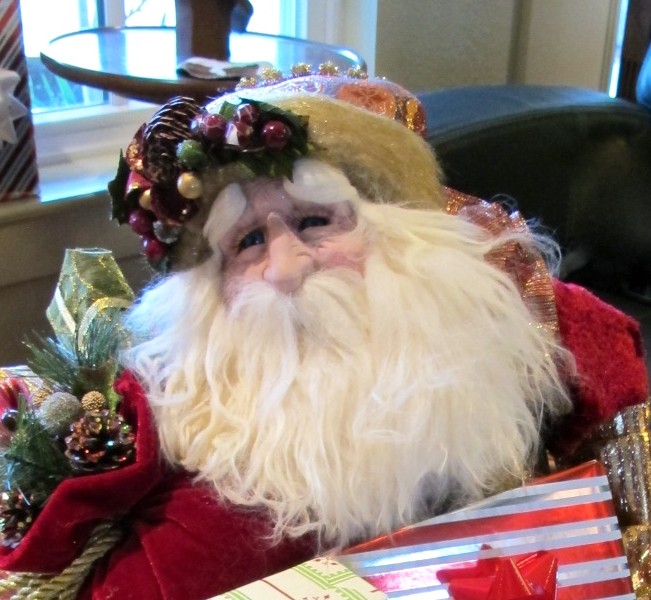 One year, a long, long time ago, not everything went right on Christmas Day.

Back then, the entire holiday season started out bad. Five of Santa’s elves got sick and then, the trainees didn’t make toys as fast as the sick ones.

Then of all things, Mrs. Claus got a call from her mother. She’d decided to come visit.  Even Mrs. Claus flinched when she said, her mother planned on staying a month. (This stressed Santa out even more.)

Disheartened, Santa went to harness the reindeer. He found three were pregnant and two others had jumped the fence. Gone. Heaven knows where.

As he loaded the sleigh, one of the floorboards cracked, Santa’s bag fell to the ground and all the toys scattered everywhere.

Frustrated, Santa decided to take a break. He went to the house for a cup of apple cider, with a wee-shot of rum. But, when he opened the cupboard, he discovered someone, probably the elves, had drunk all the liquor… Then, to top it off, Santa accidentally dropped the cider jug. It broke into a hundred little shards of glass.

Just then the doorbell rang. Irritated, Santa marched to the door and yanked it open. There stood a tiny angel with a giant Christmas tree.

The joyful angel said, ‘Merry Christmas, Santa. I have brought this lovely tree for you and your family. Where would you like me to stick it?’

Thus began the tradition of the little angel on top of the Christmas tree.

Merry Christmas and Happy Holidays To All!