Things That Go Bump (On The Ranch) In The Dark. 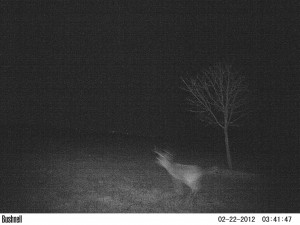 Deer or Hexenbiest? (If you don’t watch Grimm, you won’t get this joke.)

I jolted awake. A sound. Something snapped. A branch. Broken. Something big stood right outside our bedroom window. Cowering, trying not to draw its attention, I poked Henry in the back. “Wake up. There’s something outside.”

“Listen.” I hissed and punched him again. “Something’s out there. Get the gun.”

“Of course there is.” Henry groaned. “We live on a ranch.” Then, he grabbed the covers, tucked them under his chin and went back to snoring.

Yea… Well… In Henry’s defense, I heard something almost every night.

The next day, all baggy-eyed and grouchy, Henry installed an all-weather, night-and-day camera. Then he showed me what it saw…

Still, I refused to go down in defeat.

“Someday, something human might be lurking out there. Then what will you do.”

Henry just rolled his eyes and said, “Then we’ll get a good picture of him.” 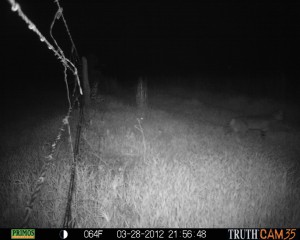 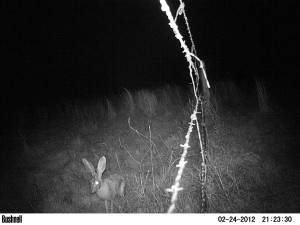 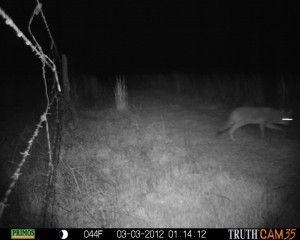 Coyotes. We have lots of coyotes. (That’s not good.) 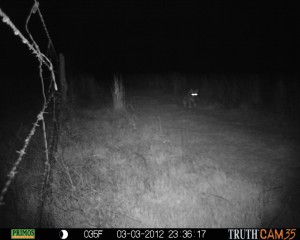 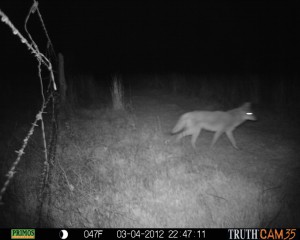 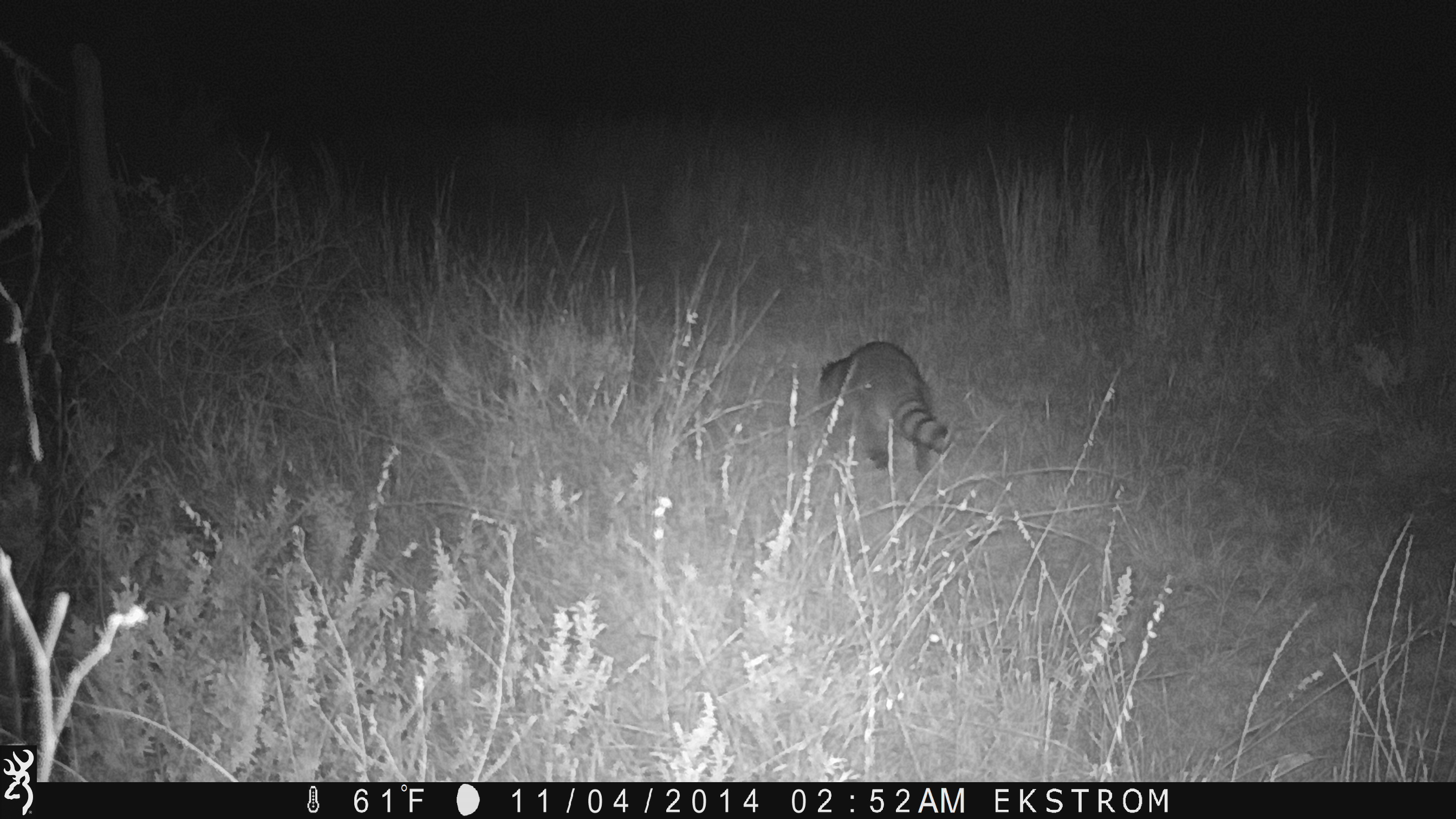 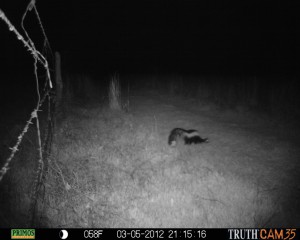 Scariest of all… SKUNK! 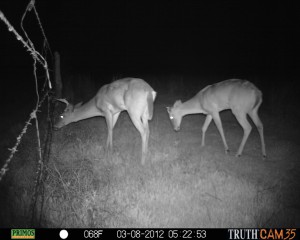 Deer. Lots and lots of deer! 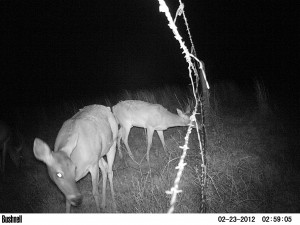 I’m cheating now and adding in some daytime delights. 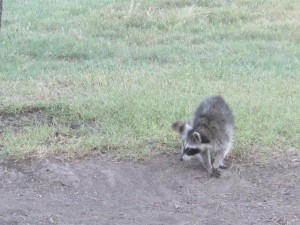 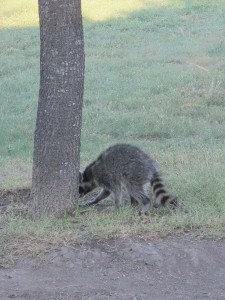 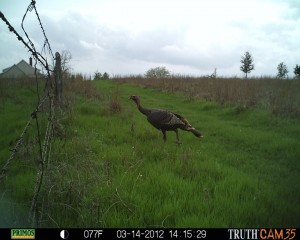 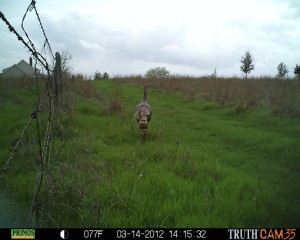 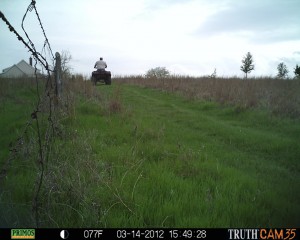 Even my husband on the lawn mower!

“IT” Happened At The World’s Greatest Rattlesnake Round-Up

Lots of wild critters out there that’s why I live in town . I love to look at deer but not a hunter . The coyotes or wolves when I house sat for friend had huge search lights to keep her French bulldog Truffles and Fig safe when they go out right before bed !! They also like to have their faces washed with warm water before they get in bed with you.

If you washed the dogs faces when you babysit them… you are a saint! (But then, haven’t we always known that!)

A very busy night. I love this.

It’s just another night… another critter… when you live out on the range!

LOL, Hexenbeast! I am a city girls that had grandparents that lived in the country, raised cattle, hogs, chickens, sold eggs and grandpa even bought a horse to ride when we were there. I spent weeks with them n the summer and I loved it. I also love camping and having an owl hoot above your tent at night can be a real scary jolt! Coyotes howling n the distance, raccoons stealing any food we left out by mistake, and even a bear that ate the banana pudding we forgot to put up and was not in the least bothered when we yelled at him (duh, he was a BEAR) were just a few of the things we encountered.
I would enjoy a few weeks at your ranch, but sooner or later I would have to head back to the city for my Starbucks, pizza delivery, and a backyard that has the occasional o’possum that makes the mistake of being in a yard where 2 Akitas live. They have pet doors and can come and go at will and I have had more than one possum n my kitchen, playing dead.

I love it! Yep! It’s scary sounding at night, in the country! But I’ve never had a possum playing dead in my kitchen!!!